English for speakers of other languages

Sample materials about a poem from the 2006 anthology

I provide detailed explanations of ideas  such as rhyme, metre and rhythm, alliteration, stanza, different kinds of  imagery, and so on.  I also provide a brief summary of the  poems, and points about how they are 'put together'. This course is aimed at making poetry  understandable. Below is a sample of materials I provide. This sample  shows materials for a poem in the AQA anthology. 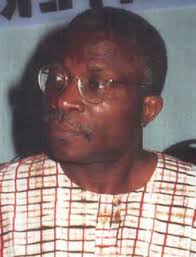 Osundare describes a man thinking about  other men who have been picked up by the secret police in the night and  imprisoned and tortured. But he tells himself that they are 'not my  business' so he doesn't do anything, especially he doesn't link up with others,  and other groups of people So when the knock comes on his door he has no  support, and now it is his 'business'.The man mentions three  people who have been taken away, and each man has a name which recalls a  particular ethnic group (what used to be called 'tribes'), the dominant ethnic  groups in Nigeria, who have traditionally been rivals for  influence.

The poem has a background of military  dictator ship and brutal treatment of people who criticise the ruling General,  the dictator,Sani Abacha, who died in 1998. Throughout it's history since independence in 1960, Nigeria has  alternated between elected civilian governments, and coups by different military  leaders.  When this poem was written Nigeria was under military rule, and from time to time soldiers were on the streets dealing with disturbances.

This picture shows destruction in the Northern city of Kaduna where my wife's family live.

These are yams, and are traditional food in the south of Nigeria and very much associated with  cultural identity - who you are.

Osundare gives three names in his poem. Each of the names will make a Nigerian reader think of one of the dominant ethnic groups in the country, the Hausa (North), the Yoruba (South West), and the Igbo (South East); The illustrations show the typical traditional dress of each group.

Wider Literary  Background
Osundare's poem follows the overall shape of a poem written originally in German by Martin Niemoller (though some people say it wasn't written by him, just suggested). It deals with the Nazi times, when the Jews were sent to camps and killed.   Osundare, of  course, is not talking about the Jews, but he is talking about oppression of  particular ethnic groups in his own country

They first came for the Communists
and I didn't speak up -
because I wasn't a Communist.

Then they came for the Jews
and I didn't speak up
because I wasn't a Jew.


Osundare's poem has the same  structure in the way he goes through different social groups of people and  shows how each one thinks they will be okay, and so don't help the  others. Then they under up without anyone to help them